Welcome to the blog zone of Nick Brunger, Magician & Storyteller; director of the Mansion of Mystery Escape Rooms at Picton Castle; proprietor of The Spooky Magic Company and award-winning guide for The Creepy Carmarthen Tour; not to mention performer of Strange Tales from the Darker Side, Creative Director of The Penny Dreadful Theatre and teller of Ghost Stories, appearing somewhere spooky near you.

It’s now official – Jake’s film “Love Sarah” is now Number 1 at the New Zealand box office. It actually reached the magic figure while it was still in previews but now that it is officially screening this amazing feelgood movie has clearly caught the mood of the moment. Just to whet your lips for its UK debut – probably next year – Love Sarah is an uplifting drama about a young woman who enlists the help of her mother’s best friend and her eccentric estranged grandmother to fulfil her late mother’s dream of opening a bakery in Notting Hill.  A film about cakes! What’s not to love? Here’s the trailer: https://www.youtube.com/watch?v=BewCjGqefoQ

Get ready to pack your best cossie – the Welsh government has declared that glorious Pembrokeshire holidays are back for summer 2020. Picton Castle is planning to reopen early next month; you can book self-catering accommodation from 13th July; and the Mansion of Mystery escape rooms will be welcoming visitors very soon. Please make sure you follow our posts on Facebook for news of our first bookable sessions and details of how we will be operating to ensure that you can play safely. Or check out our website www.mansionofmystery.com.

Will this misery never end?  My crystal ball tells me relief from the nightmare of lockdown is but the beat of a bat’s wing away. And when we are free once more you are cordially invited to climb the spiral staircase to enter Picton Castle’s Mansion of Mystery and step into an intriguing world of twisted tales, spooky stories and mind-bending magic. Our Victorian Cabinet of Curiousities is the setting for an evening of the strange, the bizarre and the mischevious in the company of Dr Nicolas Grimoire. Coming soon . . . . we hope!

I don’t think anyone is expecting the Prime minster to make any premature announcement on Sunday that he is lifting the coronavirus lockdown, though I expect there will be a few concessions to allow a little more freedom of movement.  At a guess we are going to be quarantined for the rest of the month.  It’s pretty frustrating for us all at the moment but one thing is certain – things will improve given time. In the meantime, to remind us all that those better times are not so very far away, Jake and Pippa have written just the right song for this moment in time.  It’s called We Can Wait and you can watch and listen by following this link to YouTube.  It’s part of a live web stream devoted to songs written about the pandemic and – rightly – closes the show.  It features Jodie Steele, Liam Doyle, Katie Birtill and Tosh Wangho-Maud and you can find it at one hour, forty-one minutes and twenty seconds in to the recording.  You can watch by clicking HERE.

Children love the Creepy Carmarthen Tour.  Although I designed the storytelling walk with adults in mind I soon discovered that it was just as popular with the younger members of the family.  It shouldn’t really have been a surprise as the huge success of TV’s “Horrible Histories” has demonstrated that youngsters love it when history is brought alive through strange but true tales from the past. But I am very much aware that the one bit of the tour some kids are not so keen on are the ghost stories. So – when the lockdown ends and the tour returns – I am going to start a new creepy storytelling tour that leaves out the ghosty bits but still keeps all the gory stories the children love. To begin with I am going to offer it as a pre-booked tour for childrens parties during the daytime – after school (remember school?) or at weekends. For more details check my website http://www.creepycarmarthen.co.uk or give me a call on 07752 438901. 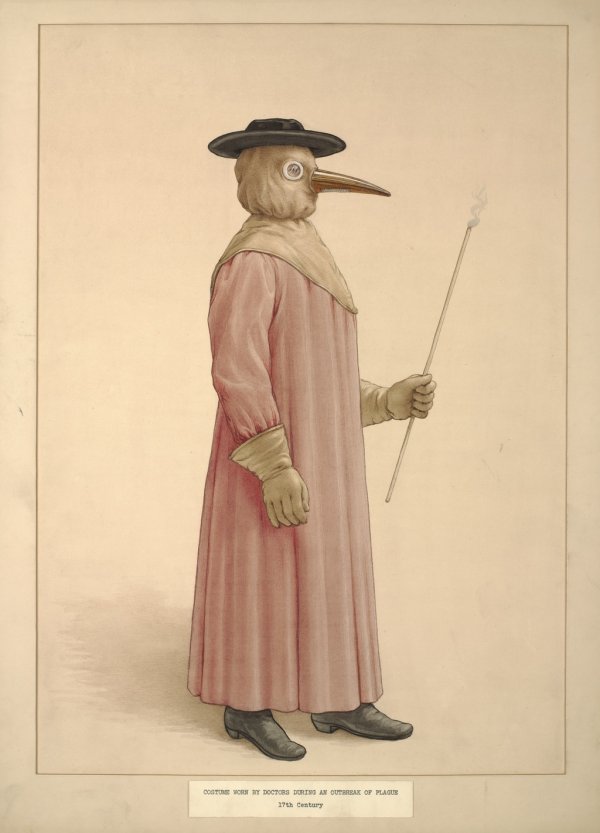 Spooky pictures of Plague Doctors from the past are an important reminder that the use of Personal Protective Equipment by medical staff is nothing new.  The floor length robes, thick gloves and masks may not have been as effective as our more modern equipment but at least they were on the right lines.  If only they had known about the need for cleanliness too.

Sadly 2020 isn’t the first time that a nasty virus has brought chaos to Carmarthen.  A quick glance over our historical records reveals that plague and pestilence have visited us many times in the past.  Inevitably the details are pretty sketchy but we know the first recorded pandemic in Wales took place in the sixth century.

In 526AD, St Brioc of Brittany came to Ceredigion and wrote that the whole region was “overwhelmed by a great catastrophe” known as Y vad velen (the yellow plague).  A second devastating outbreak in 537 was described by St Teilo’s biographer as crossing the country like a “column of a watery cloud”.

Long before scientists had discovered the need for social distancing it was reported that the mayor had to employ people to bring food supplies to be left at the town’s boundaries as nobody would dare to enter the plague-ridden town in case they too were affected.

In more modern times 1918’s outbreak of Spanish Flu claimed more than eleven thousand lives in Wales including an estimated 150 soldiers in military hospitals in Carmarthenshire.  I cannot trace sickness rates among the civilian population but around 4% of those affected died of the illness.

Horrible though all of these epidemics were we do know that we did eventually recover and life went back to normal.  So it will be with Covid-19 thanks to the sterling efforts of those who care for us in hospital and the community.  We can all be sure that he temporary inconvenience we are all suffering will one day be little more than a footnote in history.

The Creepy Carmarthen Tour will return as soon as social restrictions are lifted. 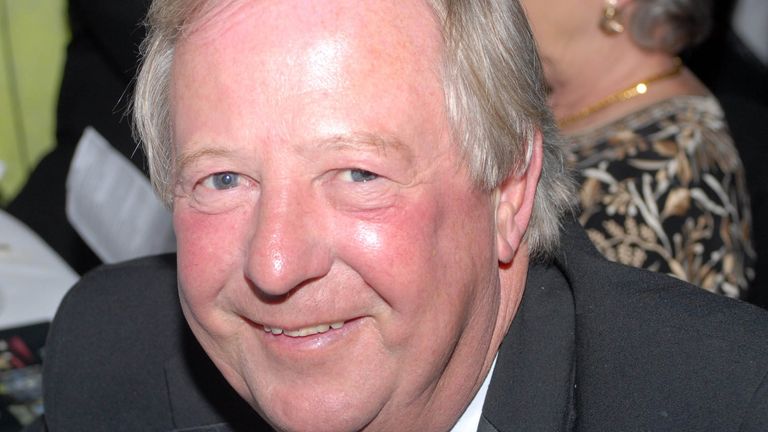 So very sorry to hear that the comedy-legend Tim Brooker-Taylor has fallen victim to the corona virus.  One of the funniest men in Britain he has been part of my life since first heard him on I’m Sorry I’ll Read That Again on the BBC when I was just eleven.  Since then his humour has been a constant companion whether as a member of the Goodies, on I’m Sorry I Haven’t A Clue or on the regular repeats of his old shows on R4 Extra. Apart from being hilariously funny he always seemed to be a very nice man and so it has been fascinating to read the tributes going up on line from the many. many comedians who worked with him who all confirmed that the niceness was completely genuine.  Rest in peace, Tim.

The Mansion of Mystery may be closed for the time being but, behind the scenes work is progressing on our new room Espionage – Final Selection which we hope will be opening this summer.  While we cannot make any progress on the building and decorating that needs to be done we are busy constructing the clues and puzzles that we need so that once we get the go-ahead we should be able to make pretty rapid progress.  We are very excited about this new room and know that many of the players who have tackled The Time Machine told us they cannot wait to have a go.

Just a week ago it was full of boxes of junk, a selection of incredibly heavy old doors, a toilet bowl, old paint tins, tables and even the kitchen sink.  And that is not to mention years’ worth of dust and dirt, cobwebs and bird poo – and even ivy growing inside the walls.  It took the best part of three days heavy graft to shift it all.  But now the area is clear and work starts in earnest creating Espionage – Final Selection the second of our escape rooms at Picton Castle.

Coming soon (towards the end of April) to a screen near you – Love Sarah, a feel-good drama from first-time filmmaker Eliza Schroeder, written by Jake and starring Celia Imrie, Bill Paterson and Rupert Penry-Jones with Shannon Tarbet and Shelley Conn.  Bake Off Star Candice Brown make a guest appearance with the cakes and pastries used in the film provided by Ottolenghi.

The film is about a young woman who enlists the help of her mother’s best friend and her eccentric estranged grandmother to fulfil her late mother’s dream of opening a bakery in Notting Hill.

The trailer for the film is released today – you can find it here: